Interview with Celia Lerman on Internet Policy in Latin America

I was interviewed by the CGCS Mediawire, and the text is below:

INTERVIEW WITH CELIA LERMAN ON INTERNET POLICY IN LATIN AMERICA

In this interview, Celia Lerman, professor and researcher of Intellectual Property at the Universidad Torcuato Di Tella law school, discusses her path to internet governance work and her recent publication on internet policy in Latin America. Lerman reflects on the crucial role of multistakeholderism in the movement for open democracy and the broader issues facing the implementation of a successful model of internet governance. Click here to read the full publication.

How did you first become interested in internet governance and multistakeholderism?

I became interested in internet governance early in my career when I was working as an intellectual property lawyer in Buenos Aires, working with international domain name disputes. The procedures for solving these disputes caught my attention: it seemed so strange to me that the domain name disputes I was working on had to be submitted to a panel based in Geneva and hold the procedure in English, even when both parties were based in Latin America and spoke Spanish as a first language. That sparked my interest in exploring better rules and solutions for Latin American internet users relating to their rights on the Internet.

Soon after I started working in academia in 2011, I participated in my first ICANN meeting as a fellow in Dakar, Senegal, and in the Global Congress on Intellectual Property and the Public Interest organized by American University. Both meetings were incredible windows to internet governance and policy discussions for me.

What overlap is there between the fields of internet governance and your other expertise, such as intellectual property law?

The overlap between internet governance and intellectual property law is feared and loathed by many, especially when IP laws are used to restrict the sharing of content over the internet and jeopardize freedom of expression. But the intersection is not necessarily negative. Interestingly, IP laws are uniquely helpful to think through novel issues of internet policy and governance, and what the rules about intangible property should be like. This may be why many IP scholars are increasingly involved in the field of internet policy.

As I explain in more detail in the article, we can talk about two lines of multistakeholder internet policy development in Latin America. One line involves Brazil, a country which implemented institutions and mechanisms for multistakeholderism as early as 1995, and today holds mature multistakeholder participation with strong internal activity and international involvement. The other line relates to countries like Argentina, Costa Rica, Mexico and Colombia among others, where multistakeholder structures developed more slowly and grew strong especially since 2012 when different forces combined. These forces included a heightened government interest in internet and telecommunications policy, after international events such as the Snowden leaks made internet policy a matter of interest for local voters. Holding international internet governance events in the region (such as the IGF, ICANN and NetMundial meetings) also helped to attract attention and obtain support for multistakeholder internet governance. Currently, we see that local and regional multistakeholder initiatives are growing rapidly and synergically in the region.

In your paper you connect multistakeholdersim in internet governance to a wider movement for open democracy. How do you see this policy transfer process occurring, if it is occurring? What are the opportunities?

For example, in Argentina, the Supreme Court held one of its first live web broadcasted public hearings in the case of “Rodríguez, Maria Belén vs. Google Inc.,” which discussed search engine liability. The court allowed the parties and the amicus curiae to present their arguments, giving the court the opportunity to consider a wide array of opinions and providing the amici and the public with a transparent and accessible channel to become involved. This case created the structures and opened the door for discussing other cases through the same channels, even if the issues at stake are not related to internet policy. The opportunities are enormous.

What disparities exist between the ways in which the multistakeholder model is implemented on the global scale and how it is implemented in Latin America?

One interesting disparity is that, on the global scale, the private sector has been a key actor in pursuing and reinforcing multistakeholder governance. In Latin America, however, the internet industry is still timidly involved in Internet governance. Local and regional discussions are led mainly by NGOs, international internet organizations such as LACNIC and LACTLD, and some governments. The relatively low participation of the private sector is mainly due to the smaller size of the industry and the more limited resources to participate in internet governance fora. Luckily, the tendency is reverting and hopefully we are to see a stronger involvement of the local internet industry in the years to come.

What more can be done (and by whom) to create a more a more successful model of internet governance in Latin American countries?  What about in other regions in the world?

As mentioned above, it would be very enriching to have increased and sustained participation from the local private sector in the Internet industry. This would inject different perspectives into the local and regional internet discussions, and help internet policy feed the activities of internet companies and vice versa.

More active government involvement would also be very helpful for consolidating current multitakeholder initiatives and creating new ones. While governments of the region have worked together in ICT development through channels like eLAC (a platform for government political dialogue hosted by the United Nations Economic Commission for Latin America and the Caribbean), there is still a need for national support to continue developing national multistakeholder discussions.

Lastly, continued cooperation with international organizations like ICANN, though formal channels created for this end such as the ICANN LAC Strategy, are also uniquely helpful. These contributions would help multistakeholderism mature and thrive in the region. 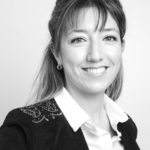